We are experienced developers, owners and operators of all classes of real estate. Our investment strategy is based on experience, facts and discipline. Our approach to harnessing value is creative, collaborative and straightforward. We are contrarian in our acquisitions and opportunistic in our dispositions. The culmination is an ability to execute on real estate ventures that yield high risk adjusted returns for our investors while spurring innovation, growth and vitality for the surrounding communities. 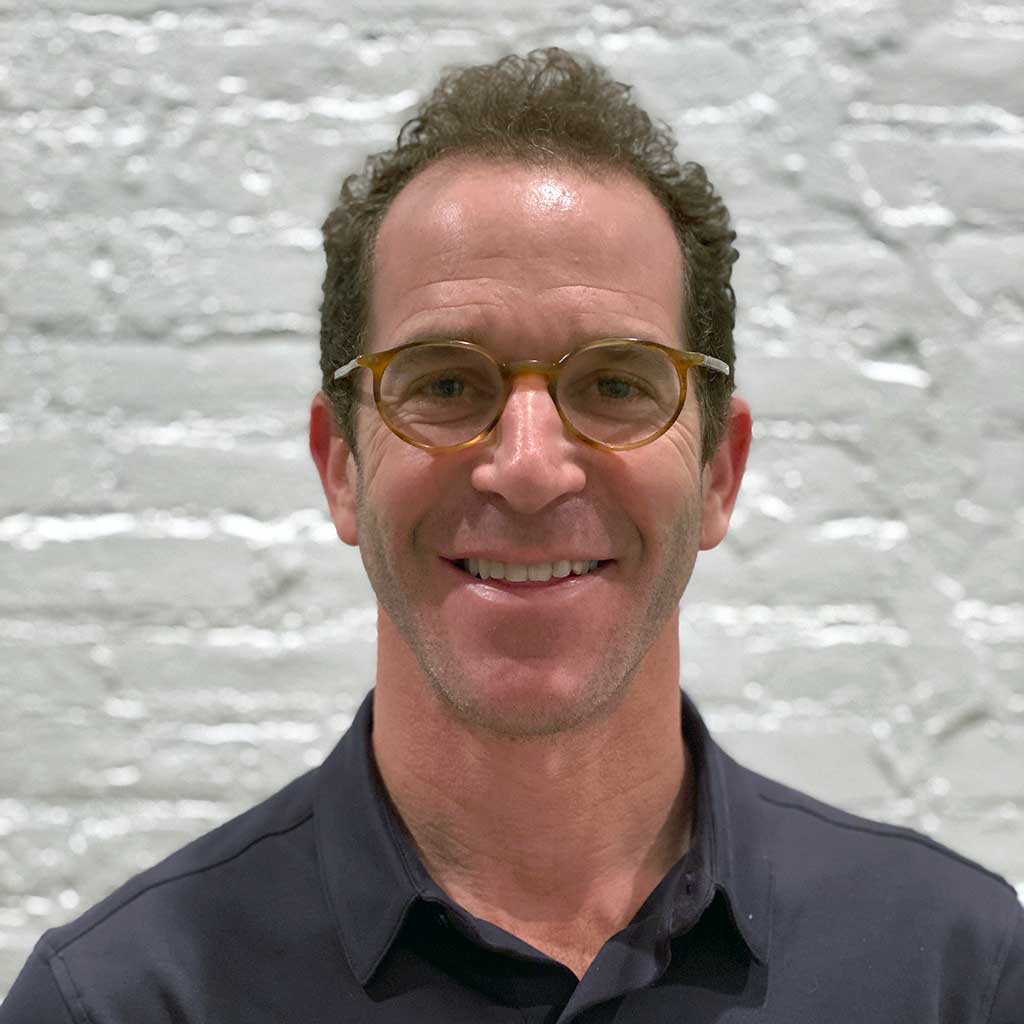 Andrew Eisenstein
Founding Partner
Andrew Eisenstein is the founder of Iron Real Estate Partners. Since the mid-1990s he has completed over $400 million in private equity and real estate transactions. He has established a successful business model leading Iron Stone into opportunistic real estate development, special situations investing and mortgage debt acquisition. Mr. Eisenstein has a background in general contracting, historic property restoration, and construction in high-rise buildings. As a construction manager and developer, Mr. Eisenstein has built a solid track record of entrepreneurial and creative projects that rely on this specialized construction expertise. Mr. Eisenstein has served on several not-for-profit boards including Legacy Youth Tennis and Settlement Music School. When not working, he can be found playing tennis, running in the Wissahickon or splitting firewood for his outdoor pizza oven that he converted from an early 18th century smoke house. Mr. Eisenstein graduated from the University of Pennsylvania.

Jason Friedland
Partner
Jason Friedland joined Iron Stone in 2002. He is intimately involved with the acquisition, execution, repositioning and management of the Iron Stone real estate portfolio. He has significant experience with construction management, financing, zoning, asset acquisition via bankruptcy, historic and new markets tax credits, affordable housing, and property management.    Mr. Friedland is a trustee of the Academy of Natural Sciences, member of the Prints, Drawings and Photographs Committee at the Philadelphia Museum of Art, and a member of the Childhood Friends of The Children’s Hospital of Philadelphia.   From 2010-2019, he served as trustee and then Chairman of the Board of The Clarke Schools for Hearing and Speech, with campuses in Northampton, Boston, New York City, Philadelphia and Jacksonville.  When not working, he can be found hiking in the Wissahickon or playing guitar, charango or the Chapman Stick. Born in Denver, CO, Mr. Friedland received a B.A from Washington University in St. Louis, MO. 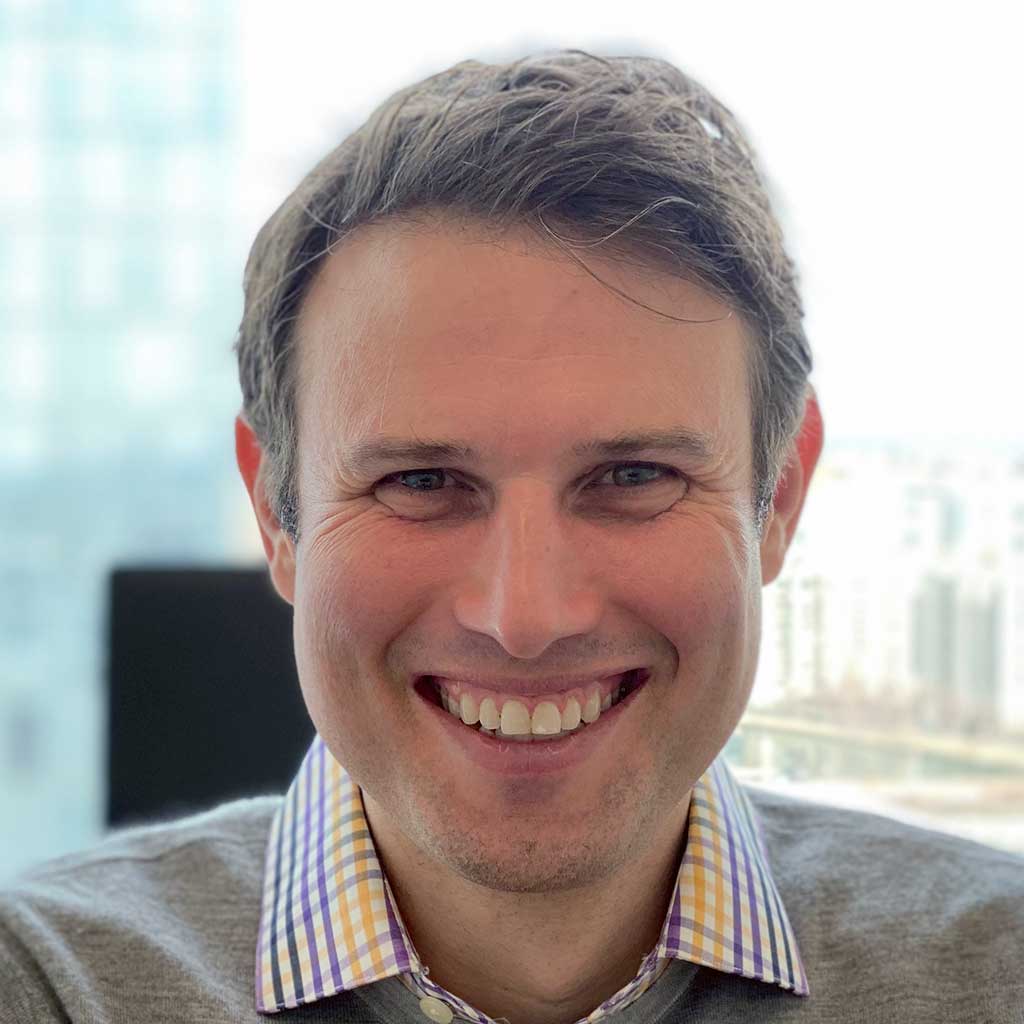 Matthew Canno
Partner
Matthew Canno has been with Iron Stone Partners since 2001. Mr. Canno is responsible for acquisitions, contract negotiations and serves as general counsel. In addition to his real estate expertise, Mr. Canno was a founding partner at the law firm of Binder & Canno, a boutique law firm specializing in real estate and litigation. He was featured in the February 2007 edition of Philadelphia Magazine for his entrepreneurial success and selected by The Philadelphia Business Journal as one of its “40 under 40. He served as the Treasurer of the Philadelphia Animal Welfare Society (PAWS) and, until 2012, served as the Treasurer of the Board of Directors of Self, Inc. a long-standing charity in Philadelphia that oversees many of the City’s homeless shelters and initiatives for people suffering from financial and social hardships. He is currently on the Finance Committee of The Philadelphia School. When not working, he can be found playing tennis or spending time with his family. Mr. Canno specialized in real estate and finance while obtaining a B.S. in Economics from The Wharton School of the University of Pennsylvania. He also earned a J.D. from The University of Pennsylvania Law School and is a member of the Pennsylvania Bar Association.

Sam Patterson
Partner
Mr. Samuel J. Patterson serves as the Chief Executive Officer of PK Financial Group, LLC.  Mr. Patterson has over twenty five years of entrepreneurial experience. In addition to insurance, Mr. Patterson has business interests in Software, Information Technology Consulting, and Real Estate. He serves as a Director at Innovation Philadelphia Inc. He served on the Board of Advisors for West Insurance Group. Born and raised in Yeadon, Pennsylvania, one of nineteen children, his parents instilled family values long before the phrase became chic. After receiving a B.S. degree in Computer Science from Cheyney University, he began his career as a Programmer Analyst at the E.I. Dupont Company, where he designed and implemented various database management and accounting systems. As a Marketing Analyst for IBM, he was responsible for developing unique marketing programs and later for direct marketing to corporate and retail customers. As a consultant for the Wharton Business Development Center, he assisted business and government clients with the collection and analysis of marketing data. In 1985, Mr. Patterson received an MBA in Marketing from the University of Pennsylvania’s Wharton School. Mr. Patterson is also a graduate of Dartmouth’s Amos Tuck School’s Minority Business Executive Program. In 1986, Mr. Patterson co-founded Veridyne, Inc., an information management and technology consulting company. The company developed a substantial commercial customer base initially, and later expanded into the Federal, State and Municipal marketplaces. In 1995, Mr. Patterson became Chairman, CEO, and sole-owner of Veridyne, Inc. In 1998, Veridyne graduated from the U.S. Small Business Administration’s 8(a) program. Veridyne currently provides integrated logistic services, information and data management services to the U.S. Maritime Administration, USDA, FDA, and CACI. In an effort to take better advantage of the explosive growth of the internet, in 1998, Mr. Patterson established Applied Digital Solutions, Inc. (ADS), a wholly-owned subsidiary of Veridyne, Inc. ADS’ focus is internet consulting, software design and development, networking, and customized training. ADS’ client list includes the Commonwealth of Pennsylvania, State of MD, DuPont, Lockheed-Martin and the Center for Medicaid and Medicare Services. During his tenure as company President, Veridyne, Inc. has become a $14 million dollar company with eleven locations in five states and field operations world-wide. In early 2002, ADS was merged back into Veridyne, Inc. Mr. Patterson is active in civic and fraternal programs providing mentorship for inner city youths. For programs such as “Guide Right” and Young Black Leaders, he has been instrumental in the development and funding of computer laboratory facilities and scholarships. In 1999, Mr. Patterson serves on the Council of Trustees for Cheyney University (his alma mater).  Mr. Patterson’s professional and civic affiliations include the Wharton Alumni Association, Cheyney University Alumni Association, the Men of BACA, and he sits on the board of the Center for Literacy. In addition, he has received numerous awards including “Entrepreneur of the Year” from Ernst and Young and recently named “Minority Small Business Person of the Year” by the U.S. Small Business Administration. In 2000, the Pennsylvania State System of Higher Education presented Mr. and Mrs. Patterson with the coveted Eberly Award for Community Service. In 2001, Sam and Deidre Patterson donated $50,000 to Simon Gratz High School to establish a Robotics Institute. He has a B. S. Degree from Cheyney University and an M.B.A. from the Wharton School, University of Pennsylvania.

Michael Pearson
Partner
Michael K. Pearson (“Mike”) is the Principal of Michael K. Pearson Consulting. He specializes in business strategy and operations consulting for for-profit and nonprofit C-Suite decision makers.  Mike is an experienced CEO that founded and led prominent Philadelphia-based Union Packaging, LLC. (UP). The triple bottom-line UP was sold in May 2019, to LBP Manufacturing LLC., a subsidiary of Pritzker Private Capital. A widely respected leader with more than 23 years of social entrepreneurial experience, Mike possesses a personal ethos of giving back to the community and works to instill those values in the business community. Never looking at charitable giving as an expense, he sees support of programs for the underserved and economic development as investments in the nation’s future. He lives the ethos he preaches, serving on several boards, including those representing, the Philadelphia Foundation, The Philadelphia Zoo, Philadelphia Health Management Corporation, Philadelphia Regional Port Authority, National Council on Crime and Delinquency and the William Penn Foundation. Mike also serves on the City of Philadelphia Office of Diversity and Inclusion’s Diversity and Inclusion Advisory Council. He was formerly involved with the boards of the Greater Philadelphia Chamber of Commerce, the Committee of Seventy ACHIEVEability,  the Economic and Community Advisory Council of the Federal Reserve Bank of Philadelphia, the Delaware County Chamber of Commerce, the Governor’s Manufacturing Advisory Council for Pennsylvania,  the U.S. Small Business Administration National Small Business Development Center Advisory Board, the United Way of Greater Philadelphia and Southern New Jersey, and St. Christopher’s Foundation for Children among others. In 2019, EY Greater Philadelphia presented Mike with the Social award for his lifelong commitment to community stewardship and fostering diversity in business.  In 2018, he received the Urban League of Philadelphia Community Leadership Award. In 2015, The Eastern Minority Supplier Development Council recognized Michael K. Pearson and Union Packaging as MBE Advocate of the Year. A – Fisher & Phillips LLP, a national labor and employment law firm, presented its first Business Leadership in Diversity Award to Mike for his longstanding commitment to fostering diversity in business within the Philadelphia business community. Also, in 2015, UP received The Greater Philadelphia Chamber of Commerce 2015 GPCC Diversity and Inclusion Award based on UP’s continued commitment to diverse hiring practices and for initiatives to expand and promote diversity and inclusion. That same year, Mike was named an Outstanding Director by the Philadelphia Business Journal for service on the PHMC board and received the Inner-City Capital Connections Urban Impact Award. Union Packaging was selected as the 2014 Goodwill of Delaware & Delaware County Workforce Partnership Employer of the Year. In 2013, UP cracked the Black Enterprise 2013 100 Largest Black Businesses in the United States at 98 on the list. UP was ranked as one of the 2013 fastest-growing, privately held businesses in the Philadelphia region by the Philadelphia 100®, the Wharton Small Business Development Center, the Entrepreneurs' Forum of Greater Philadelphia, and the Philadelphia Business Journal. The Minority Supplier Diversity Council of Pennsylvania, New Jersey, and Delaware selected UP as the 2013 Class III Supplier of the year. In 2012, the Urban League of Philadelphia presented the Spirit of Innovation Award to UP and Mike was the recipient of the African & Caribbean Business Council’s Atlas Award for Advancing Opportunity. In 2010, Mike received the Philadelphia Business Journal’s Minority Business Leader Award and was honored by Richard E. Marriott, Chairman of the Marriott Foundation for hiring young adults with disabilities. Burger King Corporation selected UP 2006 Supplier of the Year for outstanding performance in their procurement system. In 2005, the U.S. Small Business Administration’s Philadelphia District Office selected Mike as Eastern Pennsylvania Small Businessperson of the Year. In 2007 the Greater Philadelphia Chamber of Commerce honored Mike and UP as Manufacturer of the Year at its small business awards ceremony.  The U.S. Department of Commerce’s Minority Business Development Agency selected UP the 2007 Minority Manufacturer of the Year.